Check out the companion CD,
This Earthly Life, Arabica CF-19

I used a variety of cool guitars on this recording:

He also uses and endorses: 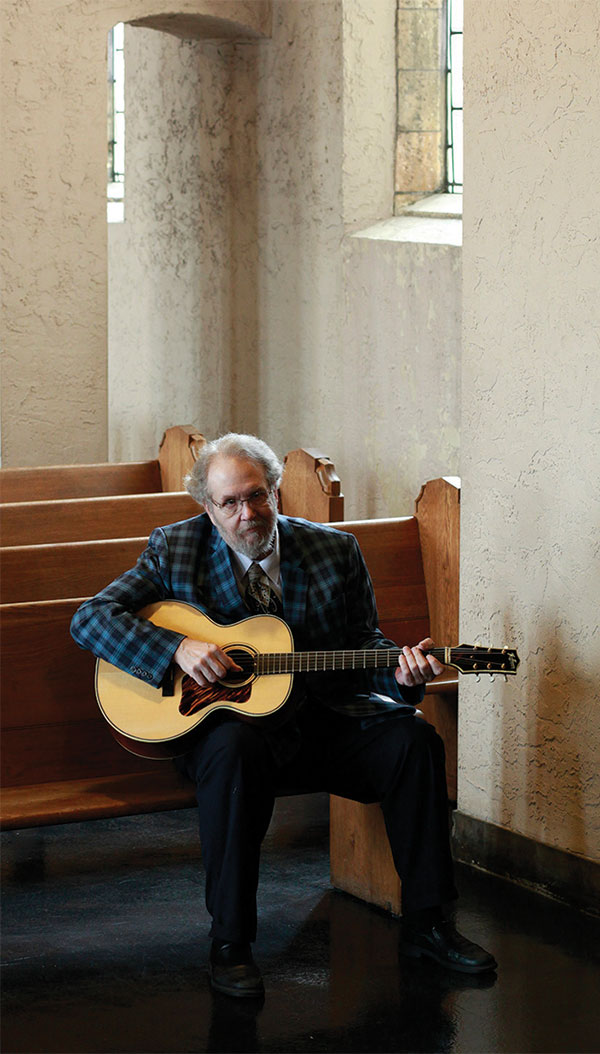 If it was once believed, or at least imagined, that chariots could carry the deserving to heaven (Roll the Ol’ Chariot Along), and later sailing vessels (The Old Gospel Ship), it was inevitable that the railroad would ease the transition of the wayfaring pilgrim to the glorious destination. “Passing through the gate of dreams,” the narrator of Nathaniel Hawthorne’s short story The Celestial Railroad (1843) reports, “a rail-road has recently been established between this populous and flourishing town, and the Celestial City.”

By the mid-19th Century, the celestial railroad—as well as its sinister antithesis, the hell-bound train—had become a staple of Industrial Age America’s metaphorical vocabulary. In the 21st Century the railroad no longer occupies the large place in our national life that it once did, but the songs survive, as sturdily and vividly as ever to those open to hearing them. They live on to be sung and played, and to continue to conjure up visions of the greatest, and most final, of otherworldly journeys.

I love it that Dakota Dave Hull’s reading of the venerable spiritual This Train Is Bound for Glory feels as if it were the clacking of an actual locomotive as its wheels spin atop a long steel rail, proud to announce its imminent arrival at that last station in the sky. On Life Is Like a Mountain Railroad—also known as Life’s Railway to Heaven, it dates to the 1880s—Dave sure-handedly glides the train as it heads through dangerous obstacles to the “union depot… to meet the superintendent, God the Father, God the Son.”

To be in awe of Dave’s performances, one needn’t have grown up in a railroad family, though I did. In my young years trains did indeed pass through my dreams, almost nightly. They do again when I hear Dave call up their ghosts.

I mention these two pieces in particular not, of course, because Heavenly Hope is a collection of all celestial-railroad melodies but because they exemplify Dave’s way, without singing a word, of stirring to conscious reflection the dimly sensed yet intense longings and hopes that lie hidden in things we think we know well, including This Train and Life’s Railroad, which many of us first heard years (or, in some of our cases, years and years) ago.

The same can be said of Dave’s almost overwhelmingly felt interpretations of Navy Hymn, A Great Dream of Heaven, A Mighty Fortress (which till now, it occurs to me, I’d never heard except on the Sunday mornings of my Lutheran childhood), the magnificent Wayfaring Stranger, the enduring African-American spirituals I Wanna Be Ready and Gospel Plow. The soundtrack, in short, to your long journey home.

1 This Train Is Bound for Glory traditional
Among the first sacred songs I heard outside a church, it was popular among folk groups of the late 1950s and early ‘60s. It’s been stuck in my head ever since. Woody Guthrie borrowed the last three words of the title for his celebrated autobiographical novel published in 1943. Sister Rosetta Tharpe recorded it twice. Here it’s played on the Big Boy in standard tuning. This train don’t carry no gamblers, no crap-shooters, no midnight ramblers, this train is bound for Glory, this train.

3 Sermonette Adderley, Hendricks
Written in the mid-1950s, this tune could have — maybe should have — been an anthem of the civil-rights movement. Lambert, Hendricks, and Ross had a minor hit with it, and Cannonball Adderley cut a magnificent version. Big fun to play on the Brentrup guitar, too. I use standard tuning. It tells you to love one another, to feel that each man’s your brother.

4 Wayfaring Stranger traditional
Here’s another one that I can trace back to my folk-scare days. Sometimes called Poor Wayfaring Stranger, it’s been done by lots of greats, including Bill Monroe, E.C. Ball, Almeda Riddle, Burl Ives, and Emmylou Harris. Clarence Ashley recorded it as Wayfaring Pilgrim. I play it on the National Style 1 tricone guitar. It’s in A minor and that works really well in drop D tuning. I’m just a poor wayfarin’ stranger, traveling though this world below, yet there’s no sickness, toil, nor danger, in that bright land to which I go.

5 Gospel Plow traditional
More famous these days as Keep Your Eyes on the Prize, Gospel Plow was often sung during the civil-rights struggles. The sacred versions move across cultural lines to appear in both black and white traditions. Bob Dylan put it on his eponymous first album in 1962. Duke Ellington recorded it, too. I particularly love Mavis Staples’ version. I play it on the National M2 baritone. I tune it AEADF#B. Never been to heaven but I’ve been told; streets up there are lined with gold.

6 Hallelujah Wesley, Walker
Tim Eriksen suggested this one to me. It’s number 146 in The Sacred Harp. I hope I didn’t mess it up too bad. On the Brentrup guitar. I tune it to standard. Give joy or grief, give ease or pain, take life or friends away, but let me find them all again, in that eternal day.

8 Navy Hymn William Whiting
Sometimes called Eternal Father Strong to Save, I remember this hymn from the church services of my youth. I loved it when it came up on the rotation; the change before the last line still makes the little hairs on the back of my neck stand up. I recorded it once before but I like the way it sounds played on the National 1.5 baritone guitar so much better. I tuned it AEADF#B. Oh hear us when we cry to Thee for those in peril on the sea.

9 A Great Dream of Heaven traditional
I doubt that a finger-style guitarist anywhere fails to admire Joseph Spence, the legendary Bahamian folk artist. He introduced many of us to syncopation on the guitar as well as to a lot of memorable hymns and songs. I play this one on the National Style 1 tuned DADGBE. When trials and troubles surround me I know, my voice will ring out through this world as I go, the angels will carry me off on the wind, and a choir in heaven will welcome me in.

10 A Mighty Fortress Luther
Martin Luther’s classic Lutheran hymn (coincidence?) seems to work well as a duet between two baritone guitars. I use the Hoffman and the M-2 National. They’re both tuned AEADF#B. For still our ancient foe doth seek to work us woe; his craft and power are great, and armed with cruel hate, on earth is not his equal.

11 Life Is Like a Mountain Railroad Snow, Abbey, Tillman · What a Friend We Have In Jesus Scriven · I’ll Fly Away Brumley · I Shall Not Be Moved traditional · Hallelujah Side Oatman · This World Is Not My Home Brumley
A spirited medley of half a dozen compatible hymns. The Carter Family’s Life Is Like a Mountain Railroad gets things started. A version of one of the tunes, We Shall Not be Moved, was another civil-rights era anthem. In 1938 Woody Guthrie rewrote Albert Brumley’s This World Is Not My Home as I Ain’t Got No Home, which today is better known than the original. Another duet, the National Style 1 is in standard tuning with a capo on the second fret, and the Gibson Jumbo is in drop D tuning. This world is not my home, I’m just a-passing through. My treasures are laid up, somewhere beyond the blue.

12 Will You Miss Me When I’m Gone? PD · The Christians’ Goodnight traditional
The first song, an earlier popular composition that found its way to the Carter Family repertoire, has long been a mountain music standard. The Pindar Family with Joseph Spence made I Bid You Goodnight famous. Among the musicians who’ve covered it are the Incredible String Band and the Grateful Dead. It derives originally from The Christians’ Goodnight, which was unearthed and recorded by Tom, Brad, and Alice a few years ago. If memory serves, they found it in an old hymn book from North Carolina. Played on the M-2 baritone. BEADF#B. When these lips shall nevermore press a kiss upon your brow, but lie cold and still in death; will you love me then as now?

13 Abide with Me Lyte, Monk
Another beautiful hymn that I’ve heard my entire life. I play it as a duet on the Style 1 National and the 1.5 National baritone. DADGBE and AEADF#B. Swift to its close ebbs out life’s little day, earth’s joys grow dim; it’s glories pass away. 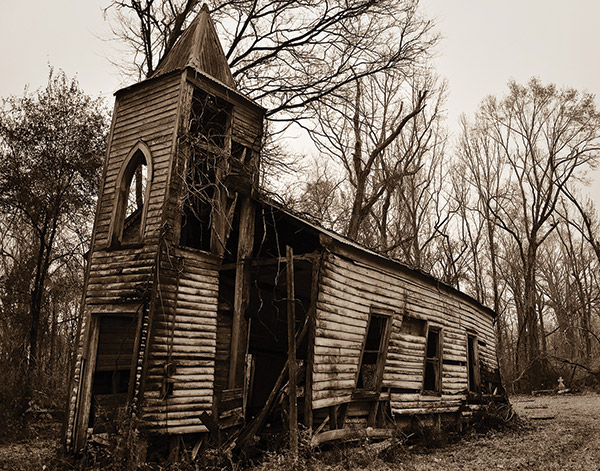 Thanks to the folks who contributed to my Kickstarter campaign · making this possible: