Dakota Dave Hull’s guitars were made for him by Charlie Hoffman, 2219 E. Franklin, Minneapolis, MN 55404 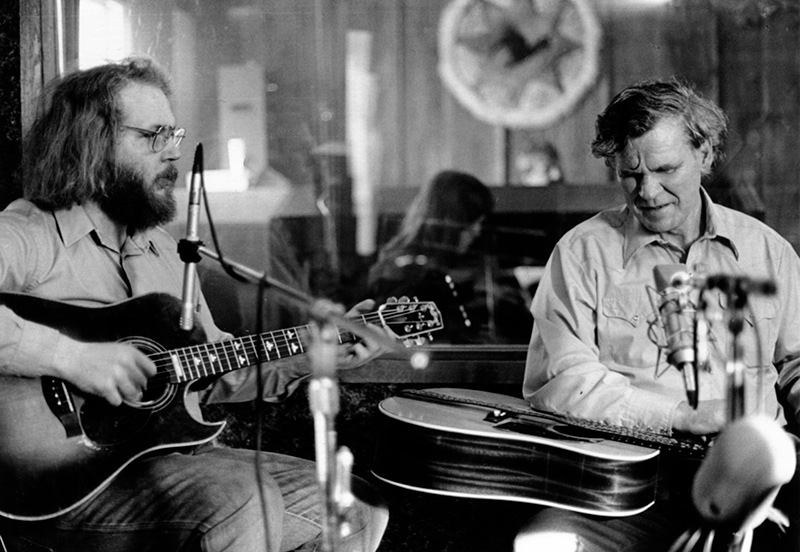 Notes on the Music by Dakota Dave Hull 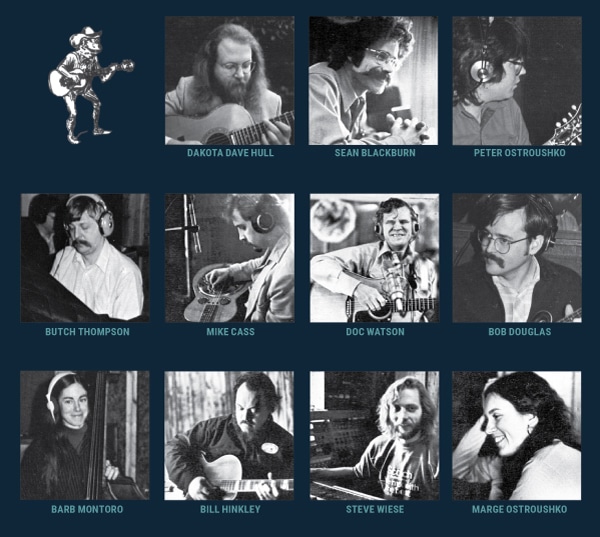 W hen Dakota Dave Hull called and asked me to write the liner notes for his guitar album I said yes, hung up, and immediately had second doubts. Had I, because of my longstanding friendship with Dave, gotten myself into something I shouldn’t have? After all, I hadn’t even heard the album yet, and already I’d committed myself to write all sorts of nice things about it. What if the album turned out to be—to use a professional term—a dog? What if I ended up writing about how attractive the label is, or how the album was recorded on my favorite day of the week? Sure, I knew Dave, liked his guitar playing, and respected his technical prowess, but, just as a pitcher can lose his arm, or an artist his eye, things can go wrong with a musician. What if he’s lost his chops? Why, shoot, I hadn’t even checked Dave’s hands to make sure his fingers were still all there! The thought plagued me: what if the album were straight on its way into the old Hefty bag, and were taking me, by association. with it? Well, I vowed then and there to never again consent to writing liner notes for an album before subjecting it to the dreaded Adam Granger Record Scrutiny System (A.G.R.E.S.S.) examination. This multi -point test presents the disc in the harshest of lights, approaches it with the most cynical of ears, and probes it with the hardest questions imaginable. The Beatles’ White Album squeaked by the test, Norman Blake’s first album had cleared the passing mark, most of the London Philharmonic’s stuff had gotten by: Would Dakota Dave Hull’s album?

I met with Dakotey to pick up a tape of his album and was relieved to find that he still had all of his fingers, and that he appeared to be the same old Dakota Dave Hull. (Check the “NO” box for question one of the AGRESS test: “Has performing artist physically or mentally maimed himself beyond the ability to make good music?”) I took the tape home, put it on, and sat down with my clipboard. The first phase of the test passed quickly, with questions falling like tenpins: Is material lacking variety? (With tune selections from swing to waltzes, and touching most bases in between?) Are arrangements mundane or boring? (With triple mandolin breaks, piano leads on fiddle tunes, and all numbers of musicians from one to six? Are other musicians on the album competent? (With the likes of Butch Thompson, Peter Ostroushko, and Doc Watson, a fairly safe “yes”.) Does performing artist “hide behind” other musicians to mask inability? (It playing back-to-back guitar breaks with Doc Watson is hiding, then I’m Joan of Arc.

The next phase of the AGRESS examination was the field test, by far the most stringent part of the test. I took my five-year-old son, a friend of his, and every other noise maker I could find and headed to my summer residence in northern Minnesota, determined to play the album under genuine battle conditions. To add insult to injury, I used a portable cassette recorder which boasted a two-inch speaker. The idea behind this part of the test was to simulate the absolute worst conditions under which music could be heard. For weeks I played the tape while the battle raged about me: a mashed finger here, an argument there, and always the music came through. (This is as much testimony to the quality of production as to the staying power of the music.

The third and final phase of the AGRESS examination was what I call the attitude-shift part.

Could I, through cynicism, professional jealousy, spite, and general bad karma, make myself dislike the album? To prepare for this part of the test, I spanked my kid for no good reason, I refused to eat my green vegetables at dinner, and I kicked my little cassette recorder across the room for good measure. Then, with bad karma surrounding me like a fog, I sat down to listen once again.

As the by-now familiar tunes dutifully trotted themselves out one past the other, I muttered things like “big deal”, “so what”, and “who needs it?” I generated nasty thoughts about Dakotey, trying to remember if he owed me any money, and picturing him in his skivvies. I assessed the tunes with a calloused. crabby ear, and fell into bed, emotionally exhausted, but thinking that finally here was a part of the test that the album had failed! That night, though, instead of tossing and turning with bad-vibe nightmares, I slept like a baby, while copies of “Hull’s Victory” cavorted over a fence singing out, “You know you like me, you know you like me…” Well, they were right, folks. The album passed the sternest test known to discs. It’s a wonderful album. I love it. Don’t even put it down, just buy it. It is Hull’s victory. – Adam Granger · Aitkin County, Minnesota 1982