Under the North Star

This activity is made possible by the voters of Minnesota through a grant from the Minnesota State Arts Board thanks to a legislative appropriation from the arts and cultural heritage fund. 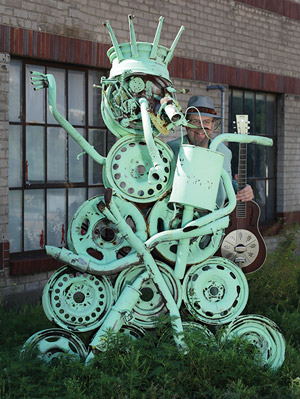 I’ve wanted to record a collection of my original music for years, but I never got around to it. Perhaps it’s because there’s just so much interesting stuff to play, traditional material, standards, you name it.

For whatever reason, it didn’t happen until now. Thanks to the Minnesota State Arts Board, I had to focus.

I’ve recorded about a third of these tunes before, but these are all new performances. Some have fresh arrangements and different instrumentation, and some are simply revisited. A few are plectral. Most are fingerpicked. The assembled musicians gave renewed life to some of these tunes, changing them in delightful and unexpected ways. I hope you enjoy the results. 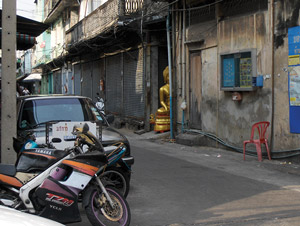 You could say, and nobody would contradict you, that the artist currently known as Dakota Dave Hull–well, actually, he’s been known that way for four decades or so–is a legend in many more minds than his own. But as I roll back years and memories, I pick up a psychic photograph of a wide-eyed, guitar-lugging high-school kid in a dimly lit coffeehouse just off the campus of Concordia College in Moorhead, Minnesota. It was the mid-1960s, and we hung out–though not initially together–at Bleak House, a name bestowed upon the joint by some earnest English major.

We were each hungry, ravenous even, for folk music. Though neither of us came from a family that paid any kind of music much attention, those old songs about ramblers, gamblers, cowboys, sailors, murderers, and false true lovers, first encountered in grade-school songbooks, later in Kingston Trio arrangements on the radio, struck deep into our hearts and imaginations. In the many years since then, Dave and I have tried to discern why that was, and we’ve whiled away hours idly conjuring up various hypotheses, none of them definitive, maybe all true on some level. What is certain is that they moved us as much as anything we would experience in all the time and existential turns and twists to come. It became clear soon enough that too much of it could not be had.

Friendship was kindled at our first face-to-face conversation, which ensued because we were the only two guys who happened to be out standing on the Bleak House’s front porch on a pleasant spring evening in 1967. Ever since, we’ve been part of the furniture of each other’s lives. If not much of a guitar player in those days, Dave took an enormous innate gift and worked ceaselessly at it. In the course of his education, he also accumulated a sizable record collection. I was able at least to match him at the latter, compensation I guess for my utter lack of musical ability.

In the meantime, I got to watch Dave become Dakota Dave Hull, one of the most revered acoustic-roots guitarists around, welcomed by the gods themselves to the Olympian heights where dwell the likes of Doc Watson, Norman Blake, Dave Van Ronk, Martin Carthy, John Renbourn, Duck Baker, Eric Schoenberg, Paul Geremia, and more. In other words, heroes who became colleagues and, even more gratifyingly, friends.

Dakota Dave’s unique style evolves out of a wide-ranging, unquenchable curiosity about the American musical tradition. That tradition starts, of course, in venerable folk strains, but it doesn’t end there. The more one knows that tradition–and few know it better than Dave–the more one hears its echoes in places one would not expect. Over the course of his investigation, Dave has followed the tradition into big-city blues, swing (in Western and other geographical iterations), jazz, country, ragtime and classic pop, taking from each whatever serves his artist’s vision, without ever losing his grounding in the sounds that set him on the quest in the first place. At its core it’s the music of his youth, plus decades’ experience of adult life and listening.

On his earliest recordings with the late Sean Blackburn – Ace Pickin’ and Sweet Harmony (1977), North by Southwest (1978), and River of Swing (1980) – Dave did some of the singing, not in a classically “good” voice but certainly in a serviceable one. A since-vanquished cigarette habit, however, would still the voice. From then on, acoustic-guitar strings have done Dave’s singing for him.

Not many performers in the clubs and small stages that serve as Dave’s principal venues can get by without songs, but Dave manages it with aplomb, and I don’t mean just among musical sophisticates who understand and appreciate the technical mastery. Not all that long ago, I watched him in concert in a tiny southwestern Minnesota town doing what he does in front of an audience that was manifestly entranced. He does the same in Ireland, Europe, and Asia, where he’s a regular on the roots circuit.

All the while, music veterans speak in awe of Dave’s art. The late Dave Van Ronk, who would know if anybody did, once observed that he thought the tone Dakota Dave gets out of his guitar must be the finest since Josh White. It is hard to think what a higher compliment would be. Of his grounding in a range of styles, the well-regarded folk-blues artist Paul Geremia told me (in a profile I wrote of Dave for Sing Out!, Winter 2006), “He could probably play with any kind of musician or group. I can’t think of any kind of American music he’s not familiar with–which is unusual in itself.” Douglas Green, music historian and “Ranger Doug” of the popular Nashville-based Riders in the Sky, speaks not only of Dave’s “exquisite taste” and “vast talent” but of the humor and impishness of his approach, full of “musical jokes… the odd graceful phrase or note or passage that makes one sit up and smile.”

Green’s remarks touch on something immediately apparent even to the least-practiced listener: the warmth in Dave’s playing, the impression of the openly conversational, the curious sense that one is listening to an unusually accomplished storyteller speaking to you, sometimes seriously, sometimes cracking wise, but always sweeping you into the narrative. Sometimes the tunes are borrowed ones: brilliantly adapted folk pieces, rags, hymns, Tin Pan Alley ditties. On the other hand, many–as is everything on the album you hold in your hands–are self-composed numbers formed out of Dave’s many intertwining influences into a whole that bespeaks knowledge, wisdom, and miles (both metaphorical and literal) traveled.
Dave is not the only skilled roots guitarist in the land, of course, but one can assert with confidence that in what he makes of it, he has few peers. Nobody is quite like him. His sound is at once broad and personal, and never less than engaging, one man and two hands standing in for multitudes. -Jerome Clark