I used a variety of cool guitars on this recording:

He also uses and endorses: 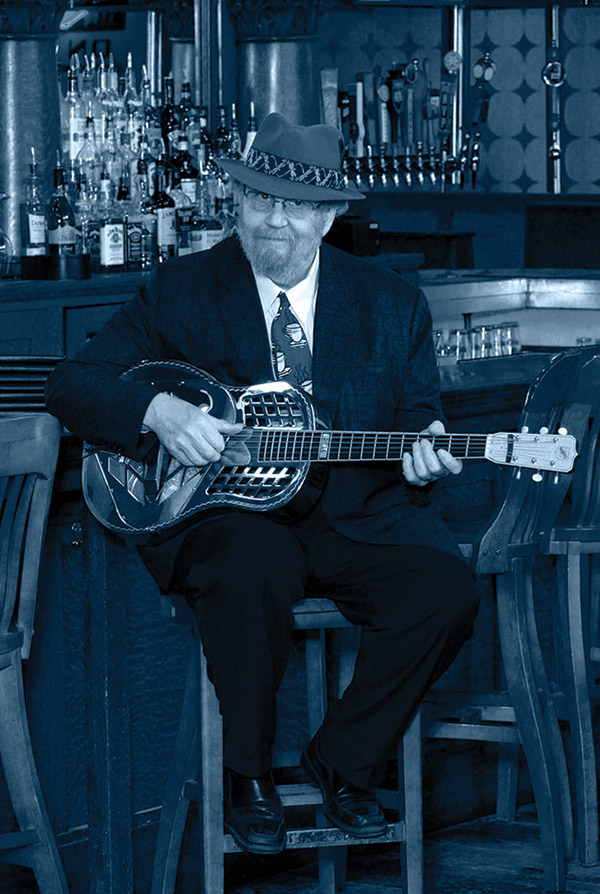 In this gathering of memorable melodies from the American Folk and Popular Song Book, Dakota Dave Hull turns his guitarist’s imagination to powerfully evocative tunes that cross generations of our collective experience. Some may be new to you, while others may have been a part of your life for as long as you’ve been here. Some examples:

I can’t remember when I first heard Brother, Can You Spare a Dime?, or who was performing it (maybe Judy Collins), but I do know that between them, the poignant lyrics and the pointed melody transported me into the world of the Great Depression as surely as the dark tales I grew up hearing from the experiences of my parents and grandparents. Dakota Dave doesn’t need the words to take you there, just the acute sense of storytelling possibility that his guitar mastery affords.

Likewise, his reading of Stephen Foster’s Hard Times Come Again No More (full title), now just about universally recognized as the greatest of this American songwriting hero’s contributions to our enduring national music. Though it was specifically intended as a response to the suffering of those caught up in the panic of 1854, Dave reminds us that its truths transcend time and place.

If memory serves (it is, alas, an ever less reliable servant), I first heard Big Sciota—Dave calls it Big Scioty; either way, it’s Ohio’s Scioto River—as an instrumental on a Bill Monroe recording. I have, however, never heard it done the way Dave does it, finding the riveting, meditative air at the core of what, as it ripped along at driving bluegrass tempo, I confess I’d always heard simply as a picking exercise.

On the other hand, I have never doubted that the melody to Spanish Is a Loving Tongue is a special marvel. Hard to believe that nearly two decades separated lyric and tune. Again, Dave lets that tune alone, or anyway his unique interpretation of it, narrate what happened that last wild night her cowboy lover kissed her. Mi amor, mi corazon.

In the old days Deep Ellum, the Dallas red-light district, appealed to the seedier side of human nature. Bars, bordellos, and gambling dens lined the streets, as did criminals and crooked cops. As the song said, it was a good idea to keep your money in your shoes. Deep Ellum is still there, but gentrified nowadays. I play it on the National 1.5 baritone tuned AEADF#B. Once I knew a preacher, preached the Bible through and through, he went down in Deep Ellum, now his preaching days are through.

2 Gulf Coast Blues Williams
This was the B side of Bessie Smith’s first record, released in 1923. The Light Crust Doughboys nailed it in 1938 when Knocky Parker played piano in that band. I’ve always thought the turnaround was one of the most original and interesting blues lines I’ve ever heard. Not terribly surprising when you realize it was written by Clarence Williams. Played on the Big Boy tuned EADGBE. If it keeps on snowin’ I will be Gulf Coast bound!

3 St. Anne’s Reel traditional
I’ve recorded this French-Canadian fiddle tune before, but when I started playing it on the piccolo guitar, I really dug the way it sounded. The lead is the National Piccolo and the backup is the Hoffman piccolo. They’re both tuned ADGCEA.

4 Movin’ Day Sterling, Von Tilzer
This minstrel tune was first recorded by Arthur Collins in 1906. Charlie Poole had a knack for finding old tunes and breathing new life into them much like A. P. Carter. Originally a comic piece, by the time Poole recorded it in 1930 it wasn’t very funny anymore. I first heard it performed by the late Dean Carr, one of the first musicians I met when I moved to Minneapolis in 1969. Played on the Fairbanks L-00. EADGBE. Landlord said this morning to me, give me your key, this lot ain’t free, I can’t get no rent outta you, pack up your bags and skidoo, you.

5 Brother, Can You Spare a Dime? Harburg, Gorney
A Depression-era classic. Most of the folks who lived through those times are dead now, and so many of us no longer remember the lessons. Played on the National Piccolo tuned ADGCEA. They used to tell me I was building a dream with peace and glory ahead. Why should I be standing in line just waiting for bread?

6 Hard Times Foster
In my opinion this song, first published in 1854, is Stephen Foster’s masterpiece. I was going to put it on the sacred CD because it feels so much like a hymn. On second thought, though, I decided it belongs right here with Movin’ Day and Brother, Can You Spare a Dime? I played it on the National 1.5 baritone this time around, tuned AEADF#B. Let us pause in life’s pleasures and count its many tears, while we all sup sorrow with the poor; there’s a song that will linger forever in our ears; Oh! hard times come again no more.

7 Frankie and Johnny traditional · Leaving Home Leighton, Leighton
On October 15, 1899, around 3 a.m., a young St. Louis woman named Frankie Baker shot her lover Allen Britt. She was angry because he had just won a slow dancing contest with another woman, Alice Pryor (known in subsequent lore as Nellie Bly). Britt died four days later. Baker, who claimed self defense, was acquitted. Frankie and Albert is the folk original. In 1912 the Leighton brothers published a pop retelling, You Done Me Wrong, which is probably where “Johnny” enters the story. That version became a beloved, frequently performed old-time piece after Charlie Poole issued his classic Leaving Home in 1926. The intro came from one of King Oliver’s recordings. I played it on the Fairbanks Radio Grande tuned DADGBE with backup on the National M-2 baritone tuned BEBDF#B. Gonna miss me, honey, in the days to come, when the winter wind begins to blow, the ground is covered up; and when you think of me, gonna wish me back, your loving man, you’re gonna miss me honey in the days, days, days to come.

8 Polly Vaughn traditional
Poor guy goes hunting and sees what he thinks is a swan. He shoots first and asks questions later. It’s his true love, and he’s killed her. Later her ghost shows up to tell the court he did not intend to end her life. Also known as Molly Bond, Molly Bawn, and other titles, the ballad is from the 18th century. Played on the Fairbanks Nick Lucas tuned DADGBE. She had her apron wrapped about her and he took her for a swan, and it’s o and alas it was she, Polly Vaughn.

9 The Way You Look Tonight Kern, Fields
I’d rather listen to the great Billie Holiday sing than just about anyone. I never thought much about this song until I heard her sing it. I played it on the Fairbanks L-00. EADGBE is the tuning. Someday, when I’m awfully low, when the world is cold, I will feel a glow just thinking of you and the way you look tonight.

10 Big Scioty traditional
Sometimes called Big Sciota, it comes via my friend Adam Hurt, but I do take liberties with it. I tend, like Adam, to play it slower than most folks. To my hearing that brings out the beauty of the tune. Here it’s played on the National piccolo tuned GDGCEA with backup on the Fairbanks Nick Lucas tuned DADGBE.

11 Cannonball Blues traditional
In 1972 I accompanied the late Bruce “Utah” Phillips on a tour of the UK. He opened every show with this Carter Family hobo tune (also known as Solid Gone; a noted variant is White House Blues, from the 1901 assassination of President William McKinley). Between verses he would do a sort of monologue. I don’t know if I’ve ever heard anyone with a better sense of timing. I played it on the Fairbanks Radio Grande in standard tuning with a capo on the second fret. The second guitar is a Hoffman dreadnaught tuned DADGBE. I’m going up north, going up north this fall, if my luck don’t change I won’t be back at all.

12 Spanish is the Loving Tongue Clark, Simon
Charles Badger Clark was a ballad poet in love with the cowboy life of the Southwest. His 1907 creation A Border Affair, set to music in 1925 by Billy Simon, became better known under the present title, to be recorded by Richard Dyer-Bennet, Ian & Sylvia, Bob Dylan, and countless others. In 1937 Clark was named Poet Laureate of South Dakota. I played it on the Hoffman piccolo guitar. ADGCEA. The second guitar is a Guild Mark IV classic tuned in standard. Spanish is the loving tongue, soft as springtime, light as spray. There was a girl I learned it from, living down Sonora way. I don’t look much like a lover, yet I say her love words over, late at night when I’m all alone, “Mi amor, mi corazon”.

13 The Glory of Love Hill
This Billy Hill pop ditty is a favorite of guitar players thanks to Big Bill Broonzy. Benny Goodman had a hit with it in the mid-1930s, and it was picked up on by many others. It’s a joy to play. I used the Fairbanks Radio Grande tuned in standard. You’ve got to give a little, take a little, let your poor heart break a little, that’s the story of, that’s the glory of love!

Thanks to the folks who contributed to my Kickstarter campaign · making this possible: