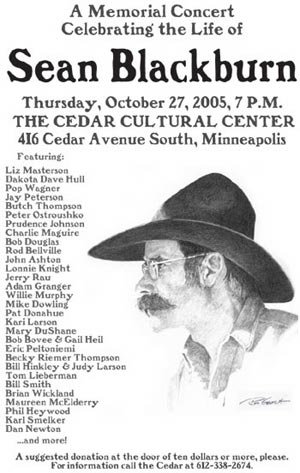 It was an incredible mind-blowing and healing event the likes of which I’ve never been a part of. A wonderful send-off. After expenses we raised about a thousand bucks which will hopefully go to a couple of things: a memorial plaque housed at the Cedar Cultural Center listing the local roots musicians and friends who have left us: people like Lazy Bill Lucas, Soupy Milton Schindler, Craig Ruble, Dave Ray, Steve Alarik, Dean Carr, Joel Johnson and, of course, Sean, with plenty of room to add to as needed. With any additional money we’d like to have a fund to subsidize concerts here in the Twin Cities that might not happen otherwise, in Sean’s name. People like Glenn Ohrlin who are incredible and not well known here would benefit from this. So would our entire community. If you’d care to contribute to this lofty cause you can send your donation to: The Sean Blackburn Memorial Fund 1661 Englewood Avenue St. Paul, Mn. 55104 Dave 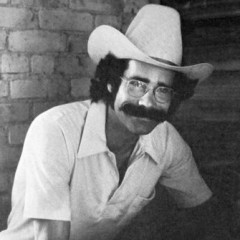