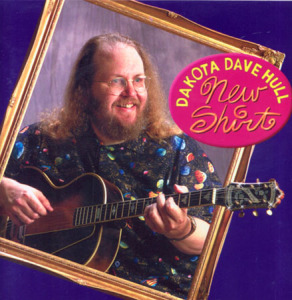 The acoustic guitar soloist (non-singing division) is in the company of Dr. Johnson’s hind-leg walking dog—“remarkable not in that it is done well, but that it is done at all”—and he is a rare critter indeed. There are quite a few reasons for this, both economic and musical, but the main problem for the acoustic guitarist is the acoustic guitar: a kind of half-assed portable piano, shaped like a fiddle with elephantiasis, capable of playing at most six notes at a time (which decay almost as soon as you hit them, and upon which the note that you need is usually an inch and a half beyond the reach of Plastic Man). Consequently, the musician who plays one of these things must have not only the manual dexterity and musical smarts demanded by real instruments, but must also possess the cool effrontery of a card-sharp dealing seconds or a politician promising lower taxes. No surprise that those who choose to play solo guitar are, as a species, thin on the ground, and will probably remain so even in the laughably unlikely event of one or more of them making some money at it.

But… once in a rare while a guitarist comes down the pike who can overcome these intractabilities and actually make beautiful and satisfying music. It’s a bit like finding Dr. Johnson’s dog figure skating at the Olympics, but it does happen. Which brings me to Dave Hull. Dave is a glassy-eyed caffeine junkie (like the present writer) out of the howling wilderness of North (or is it South?) Dakota, who happens to be one of the best guitarists in the world, and whose earsplitting collection of Kanaka shirts, like his left hand technique, I can only gaze upon wistfully. Moreover, he is really a guitar player, not a frustrated saxophonist or pianist manque. Above all, he is privy to the guitar’s sphinx-like secret: that the the essence of musical freedom is limitation, and that the struggle with the guitar’s mulishness either knocks you flat on your butt or raises you to a level of musical intelligence where you often surprise even yourself. And don’t forget mere cleverness and cheap tricks, either—we’d all be lost without ’em.

Consider the matter of tone: Most guitarists hit a note, plink or twang, and that’s it; no thought about where on the string you strike it (this makes a big difference), no thought about tremolo or vibrato (huh?)—no thought. Dave quite simply has the best tone of anyone in America since Josh White. Dynamics: How loud or softly should this particular note be played? Even some of the best blow it here. Dave flicks a note here, drops a bomb there, and is always in there listening, thinking.

In the last analysis, though, where Dave makes his most interesting and useful contribution is as a composer. Especially the rags and the waltzes. Until now, most of the solo literature for fingerpicking guitar has consisted of transcriptions of pieces intended for other instruments, which has led to some amazing, and sometimes stilted, music (often both at once). Similarly, most flatpickers tend to play fiddle tunes and the like. What Dave has done is to compose directly for and on the guitar. The results are some of the most musically exciting pieces I have heard in years. Although they are not easy to play by any means, the difficulties do not spring from attempts to duplicate piano arpeggios or piccolo obbligatos on an instrument ill designed to reproduce them. What Brother Hull is up to here is the creation of a literature for the guitar which is exactly what it should be: guitaristic. I could go on indefinitely, saying all kinds of good stuff about Dave’s phrasing and uncanny feel for structure, but you have the recording in your hand and ears on your head. Judge for yourself.